Pressure Cooker highlights two semesters in the culinary arts class of Wilma Stephenson, an irreverent high school teacher in Northeast Philadelphia whose no-holds-barred teaching style helps her students earn scholarships to college. Mrs. Stephenson spells it out on the first day of school by telling the newcomers that eleven members of last year’s class earned over three-quarters of a million dollars in scholarships, a staggering amount. She offers her students her version of the American Dream: You choose a realistic goal. You work hard. You work the system. You get out of Northeast Philly.

A director, cinematographer and sound recordist, Justin Schein has shot over 45 films internationally for broadcasters including A&E, PBS, National Geographic, BBC, The Discovery Channel, HBO, The Learning Channel, and MTV. For PBS he recently completed RETURN TO GROUND ZERO, a one-hour look at rebuilding the World Trade Center and a companion piece to his AMERICA REBUILDS: A YEAR AT GROUND ZERO, which chronicled the rescue and recovery efforts in the aftermath of 9/11/01. Most recently he completed work as director and cameraman on the feature documentary No Impact Man: The Documentary (2009).

After working on educational documentary videos for The George Lucas Educational Foundation, Leigh Iacobucci was inspired to enter her own classroom, teaching a course in documentary video production at a non-profit film school in Ghana. In the fall of 2004, Leigh enrolled in Stanford University’s Documentary Film Program and completed her Master’s Degree in June 2006. During her time at Stanford, she produced, directed, shot and edited four short films. Currently, she works as a freelance shooter and assistant editor in New York City and Philadelphia.

Myna Joseph is a recent graduate of the MFA film program at Columbia University. Her thesis short MAN screened at Sundance, SXSW, New Directors/New Films, and Cannes. The film won the New Line Cinema Award for Best Director in the 2007 Columbia University Film Festival and the Grand Jury Prize for Best Narrative Short at the Florida Film Festival. Short films she’s produced have received awards from USA Film Festival, New Line Cinema, HBO, and Eastman Kodak. Most recently, she co-produced THE SECOND LINE, which won a Special Jury Prize at SXSW and showed at Sundance this year. Currently she is developing two feature-length projects.

As Participant Media’s Executive Vice President, Documentary Films, Diane Weyermann is responsible for Participant Media’s documentary slate. This includes the 2008 releases, Brett Morgen’s CHICAGO 10 and Errol Morris’ STANDARD OPERATING PROCEDURE, which won the Silver Bear Grand Jury Prize at this year’s Berlin International Film Festival, as well as the 2007 releases ANGELS IN THE DUST, JIMMY CARTER MAN FROM PLAINS and DARFUR NOW and 2006’s Oscar® winning AN INCONVENIENT TRUTH. Prior to joining Participant in October 2005, Weyermann was the Director of the Sundance Institute’s Documentary Film Program. Before that, she was the Director of the Open Society Institute New York’s Arts and Culture Program for seven years. In addition to her work with contemporary art centers and culture programs in the Soros Foundation network, which spans over thirty countries, she launched the Soros Documentary Fund (which later became the Sundance Documentary Fund) in 1996. Since the inception of the Fund, she has been involved with the production of over three hundred documentary films from around the world.

Beginning his career as a DJ for Stetsasonic, rapper and producer Prince Paul has lent his skills to albums by Boogie Down Productions, Gravediggaz, MC Lyte, Big Daddy Kane, and 3rd Bass, among others. Paul’s big break came when he produced De La Soul‘s 3 Feet High and Rising album. In 1994, Paul returned to rapping, joining RZA and Stetsasonic member Frukwan in Gravediggaz, a side project that debuted with 6 Feet Deep. He also began working with the new elite in underground rap, recruiting the Automator, New Kingdom‘s Scott Harding, and Spectre for his debut solo album, 1997’s Psychoanalysis: What Is It? A Prince Among Thieves followed in 1999, and later that year Paul formed Handsome Boy Modeling School with the Automator to release the albumSo…How’s Your Girl?. His own Politics of the Business, another concept album surfaced in 2003 (a year after a second Handsome Boy Modeling School album), and was followed by 2004’s 2nd Handsome Boy Release, White People and 2005’s Itstrumental as well as The Dix’ The Art of Picking Up Women.  In 2008 Paul co-produced Baby Elephant with long-time collaborator Don Newkirk and the world renowned Bernie Worrell (of Parliament Funkadelic fame).  Most recently Paul created Baby Loves Hip Hop presents The Dino 5 with guest appearances from Chali 2na, Ladybug Mecca and Wordsworth.  Among Prince Paul’s previous film credits are the scores forPootie Tang, and The Best Thief in the World.

A former Def Jam recording artist, Donald Newkirk came onto the scene with his release Funk City.  Also known for his feature on the classic Prince Paul CD A Prince Among Thieves where he covered the classic “Mood For Love”.  However, many only know Newkirk’s voice, which resides in the collective subconscious of the hip-hop community of the world due to his infamous voice-overs on legendary hip hop albums such as De La Soul’s Three Feet High and Rising and 3rd Bass’s The Gas Face. Currently he produces tracks for artists such as The Black Flames, Alyson Williams and Keon Bryce. Newkirk’s affiliation with best friend and legendary hip hop producer Prince Paul has been responsible for the projects Bigger and Blacker and I Aint Never Scared (Chris Rock), music for the movie POOTIE TANG, several commercials and the score for the Showtime independent film, THE BEST THIEF IN THE WORLD.

Participant Media is a Los Angeles-based entertainment company that focuses on socially relevant, commercially viable feature films, documentaries and television, as well as publishing and digital media. Participant Media is headed by CEO Jim Berk and was founded in 2004 by philanthropist Jeff Skoll, who serves as Chairman. Ricky Strauss is President. Participant exists to tell compelling, entertaining stories that bring to the forefront real issues that shape our lives. For each of its projects, Participant creates extensive social action and advocacy programs which provide ideas and tools to transform the impact of the media experience into individual and community action. Participant films include THE KITE RUNNER, CHARLIE WILSON’S WAR, DARFUR NOW, AN INCONVENIENT TRUTH, GOOD NIGHT, AND GOOD LUCK, SYRIANA, STANDARD OPERATING PROCEDURE and THE VISITOR.

For recipes for social change go to www.takepart.com/pressurecooker

ABOUT C-CAP
The Careers through Culinary Arts Program (C-CAP) works with public schools and their culinary arts teachers to prepare underserved high school students for career opportunities in the restaurant and hospitality industry. For more information visit www.ccapinc.org.

This film is dedicated to Richard, Susan and Deborah Grausman.

“…strong and powerful, and the final scenes are unbelievably moving; I basically spent the last twenty minutes of the picture either on the verge of tears, or just over the edge.”  Read the full review »
—Jason Bailey, DVDtalk.com

More than one recipe for success
—Boxoffice Magazine

“…it’s hard to beat the humanity of Jennifer Grausman and Mark Becker’s Pressure Cooker…with its engaging and ultimately emotional look at the turning point in the lives of these children through the use vice of cooking.”  Read the full story »
—Michael Lerman, indiewire.com

“Well-paced and expertly edited, the film is especially moving as it tracks the growing affection between the students and their offbeat teacher, who, as one student says, is more of a mom than my mom.”  Read the full story »
—Sarah Coleman, Independent Magazine

“The filmmaking is unobtrusive, emotions arent forced, but the film is quite moving.”  Read the full story »
—Harris Smith, Negative Pleasure

“Pressure Cooker is a dynamic film that inspires faith in what motivated students can do if given the opportunity and stimulated by a dedicated, savvy teacher.”  Read the full story »
—William Wolf, Wolf Entertainment Guide 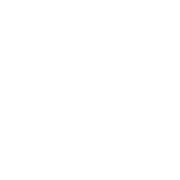 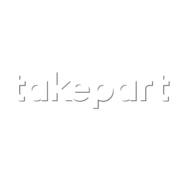